Most Qualifiied Person in India 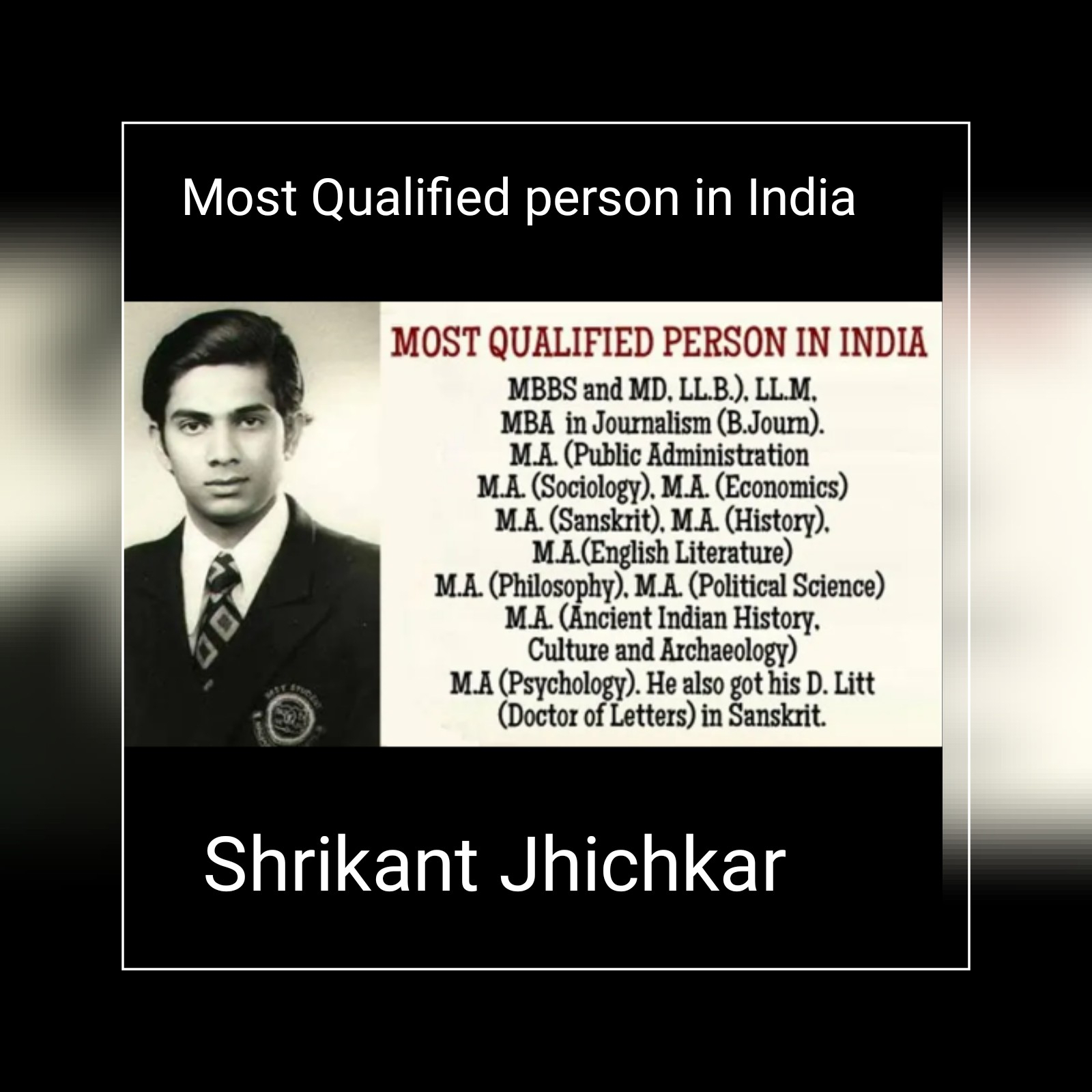 Many of us don’t know about who is Shrikant Jichkar? He was a scholar. We all should have proud of him. He was such a great man of India. I am sure you will be amazed after reading the full article.
I am going to give him tribute in my words.
Shrikant jichkar a Scholar with a very short life of only 49, He wrote 42 University Exams in overall.
A genius brain born in Kotal, Maharashtra on 14th September 1954.
As of his Education, he was,
~ A Doctor (MBBS & MD from Nagpur),
~ An Advocate ( LLM)
~ An Entrepreneur ( DBM & MBA)
~ Journalist (B.Journ)
~ D. Litt in Sanskrit,
The most amazing part is that most of the degrees with First Merit & Gold Medal.
He wrote around 42 University Exams
from 1973 to 1990. He did Master in Arts ( M.A.) in ten subjects.
He is not done yet…
He cleared most noble service exams of India,
He cracked IPS than IAS.
After then he made one more amazing record of being elected youngest MLA of India at age of only 26.
Not only MLA at Maharashtra Legislative Assembly. He managed 14  Portfolios of Government as a “Minister”. Then he elected as MLC.
Later on, he was elected as MP of Upper House ( Rajya Sabha (1992-1998).
It’s amazing na…
Hold on he was a painter, a professional photographer &  a stage actor too…
He established a Sanskrit University in Maharashtra and served as “Chancellor” there.
On 2nd June 2004, he met an unfortunate road accident and died at the early age of 49 only,
A genius brain had a personal library of record 52,000 books.
Limca book of records honoured him as “Most Qualified person in India”.
Some genius souls born rarely and Dr.Jichkar was one of them.
Read this also- First Indian lady who travelled outside India

1,502 thoughts on “Most Qualifiied Person in India”