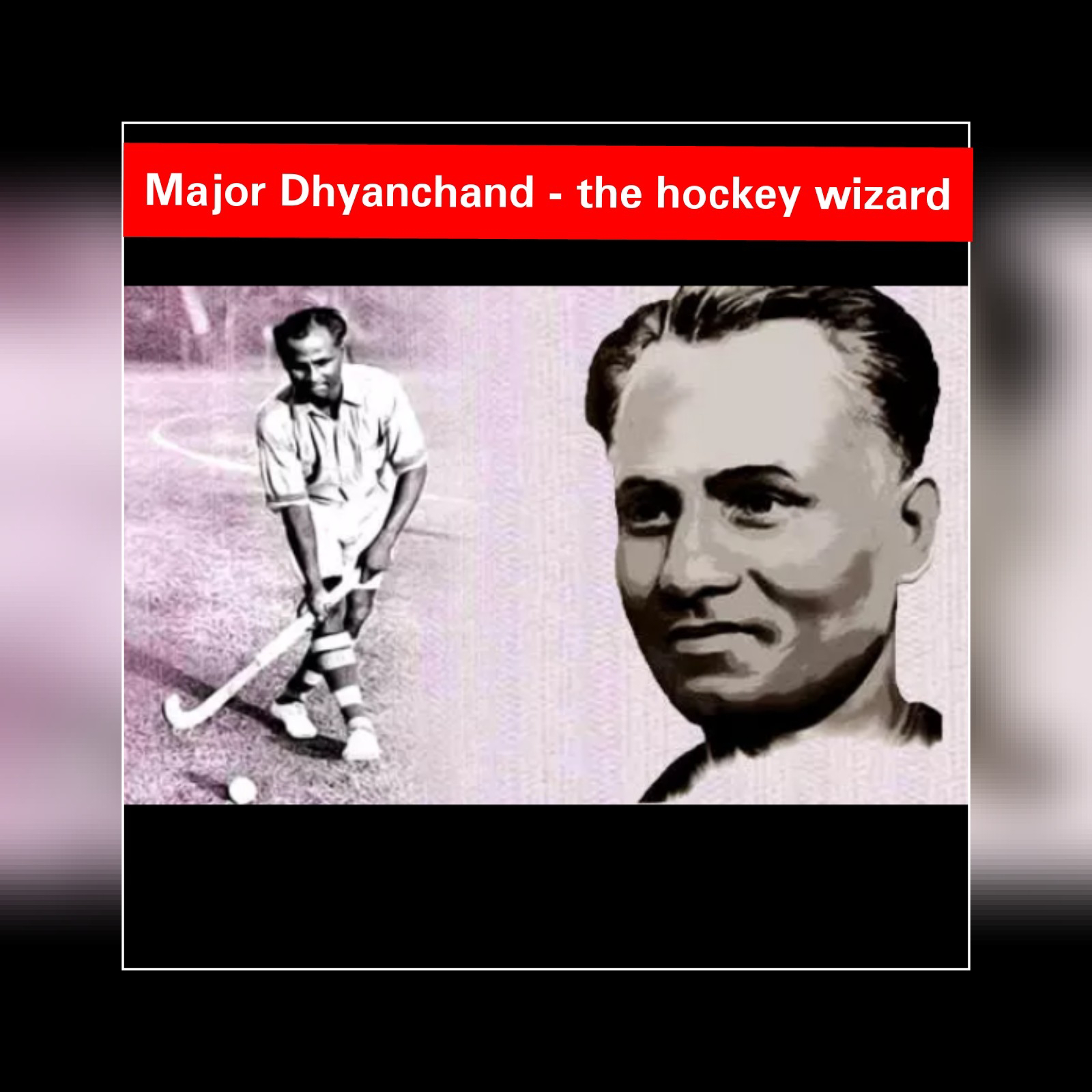 Major Dhyanchand is considered to be the greatest player in the history of hockey. Major Dhyanchand’s birthday is celebrated as the National Sports Day of India every year on 29th August.

Major Dhyanchand has won 3 Olympic  medals at the Olympic Games.
Dhyanchand was born in the family of Mauryan of Allahabad in up on 29 August 1905. His father’s name was Sameshwar Singh who worked as a subedar in the British Indian army. The father of Dhyan Chand and his two brothers Ruta Singh and rupa Singh was a hockey player like DhyanChand.
He had scored 400 goals in international matches in his hockey career.
In 1928 he scored the largest round of 5 matches in Amsterdam Olympics and became the highest player in the tournament. From that time he came to be known as the hockey wizard.
He had scored the most goals in the Berlin Olympics of 1936.
Once he went with his father to watch a hockey match, there was a team that lost 2 goals, When Dhyanchand told his father that he wanted to play for the losing team, his father permitted DhyanChand to play until he got 4 goals in that match.
The army officer felt very happy to see his confidence and wanted him to join the army.
An Indian postage stamp was also issued honouring Dhyanchand to make an important contribution to Indian hockey.
Since 2002, the Indian ministry of sports and youth was awarded “Dhyanchand award” for honouring a lifetime of sports performance by the Indian ministry of sports.
He had to leave school because his father was in the army and his family was frequently on the move. In his childhood, Dhyanchand had no affinity for sports. However, he used to engage in other games with his friends. In 1921 at the age of 16, DhyanChand became a soldier from the Punjab regiment. When he entered the army, DhyanChand began playing hockey.
Governor major Bhole Tiwari has become the mentor of Dhyan Chand and taught him a lot about the game.
Pankaj Gupta was the first coach of Dhyan Chand, who looked at the game of Dhyan Chand and said that one day he would shine like a moon around the world.
DhyanChand’s real name was Dhyan Singh. He was given the name of Dhyanchand by his coach Pankaj Gupta. In 1925, he played his first national match and was selected for the Indian national team based on the performance of that match. He had a hat-trick of goals in his international day match.
The last days of Dhyanchand have not been wealthy. He was short of money in the last few days. He got cancer in the liver. Due to cancer, he was admitted to the general ward of aiims hospital in Delhi. Major Dhyanchand passed away on 3rd of December 1979.
He was the man of inspiration, lot of youth wants to became like him. He is role model for Hockey players. Nation will always miss a magician cum player … Major Dhyanchand.
read interesting hindi blogs here