In the memory of Late Dr. A.P.J. Abdul Kalam Sir 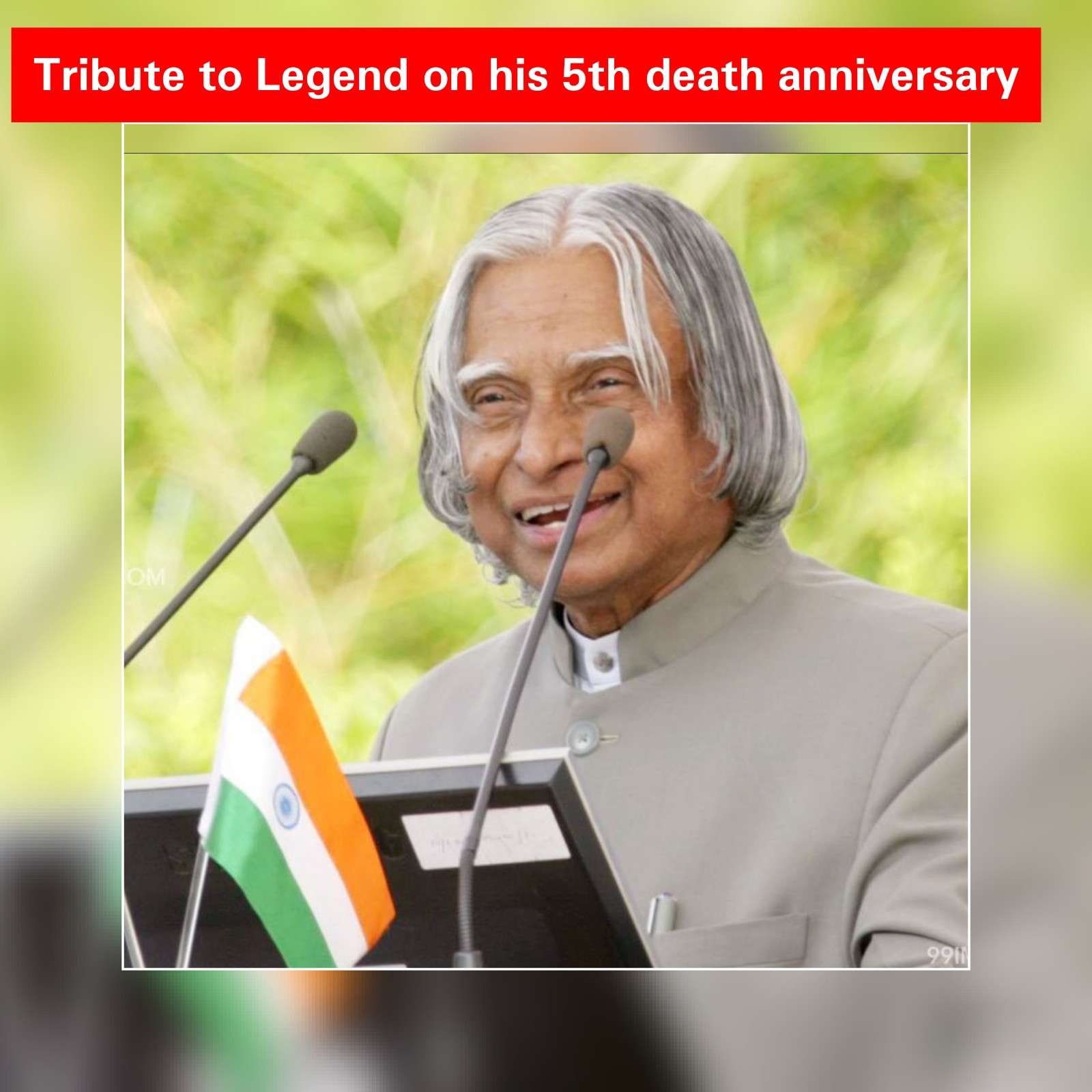 “A dream is not what you see in sleep, is the thing which doesn’t let you sleep.” ~ Dr A.P.J. Abdul Kalam
Avul Pakir Jainulabdeen Abdul Kalam was the 11th President of India for the term 2002 to 2007 also known as the “People’s President” and “Missile Man of India”. Abdul Kalam (born October 15, 1931, Rameswaram-TN India and died July 27, 2015, Shillong), An Indian scientist and politician who played a legendry role in the development of India’s missile and nuclear weapons programs.
Jainulabdeen and Ashiamma were the parents of this great first citizen of India.  A golden heart of the child got its purity and care in the humble surroundings of the Indian state of Tamil Nadu. Born in a poor family Dr.Kalam soon understood that he has to sponsor his own education by all means. From an early age, he supported his family by earning from distributing newspapers. His ever-growing urge to gain knowledge compelled him to complete his studies successfully. In 1960 he graduated from Institute of Technology – Madras in aerospace engineering after which he joined in the DRDO or the Aeronautical Development Establishment of the Defense Research and Development Organization as their scientist.
Awards – His works awarded him three renowned awards from the Govt. of India namely,
1- Padma Bhushan,
2- Padma Vibhushan and,
3- Bharat Ratna.
Also,
The Indira Gandhi Award for National Integration in 1997.
The Veer Savarkar Award in the year 1980
The Ramanujan Award in the year 2000.
Not only these awards, from 40 universities all across the world, but Dr Kalam also received honorary doctorates.
His noble Works –
He was the proud author of numerous inspirational books like “India 2010”, “Ignited Minds”, “Mission India”, “The Luminous Sparks”, “Wings of Fire” and “Inspiring Thoughts”.
Dr Kalam’s life was full of inspirations. His struggles, dedication is the inspiration for all. Apart from his achievements, he was a pure soul. His simplicity attracts all towards him. He was a great human being.
On his death anniversary, we all show our regard to A divine soul and pray for his soul  May Rest in Peace!!