Agra is a city of heritage. Agra is situated at the bank of river Yamuna in the state of Uttar Pradesh. There is a lot to understand about the history of Mughals also. Agra is a worldwide famous tourist destination because of its Mughal-era buildings. There are many religions and lives together and celebrate their festivals. There are many monuments which tell about history, bravery, romance and religion.

Agra is the fourth most populated city in Uttar Pradesh and twenty fourth in India.
As I live in the city of Agra, I will tell you about all the tourist destination which you should visit.
If you are planning to visit Agra, this is a useful article for you.
Here I will describe the heritage of Agra.
Main Places to visit
1.TAJMAHAL 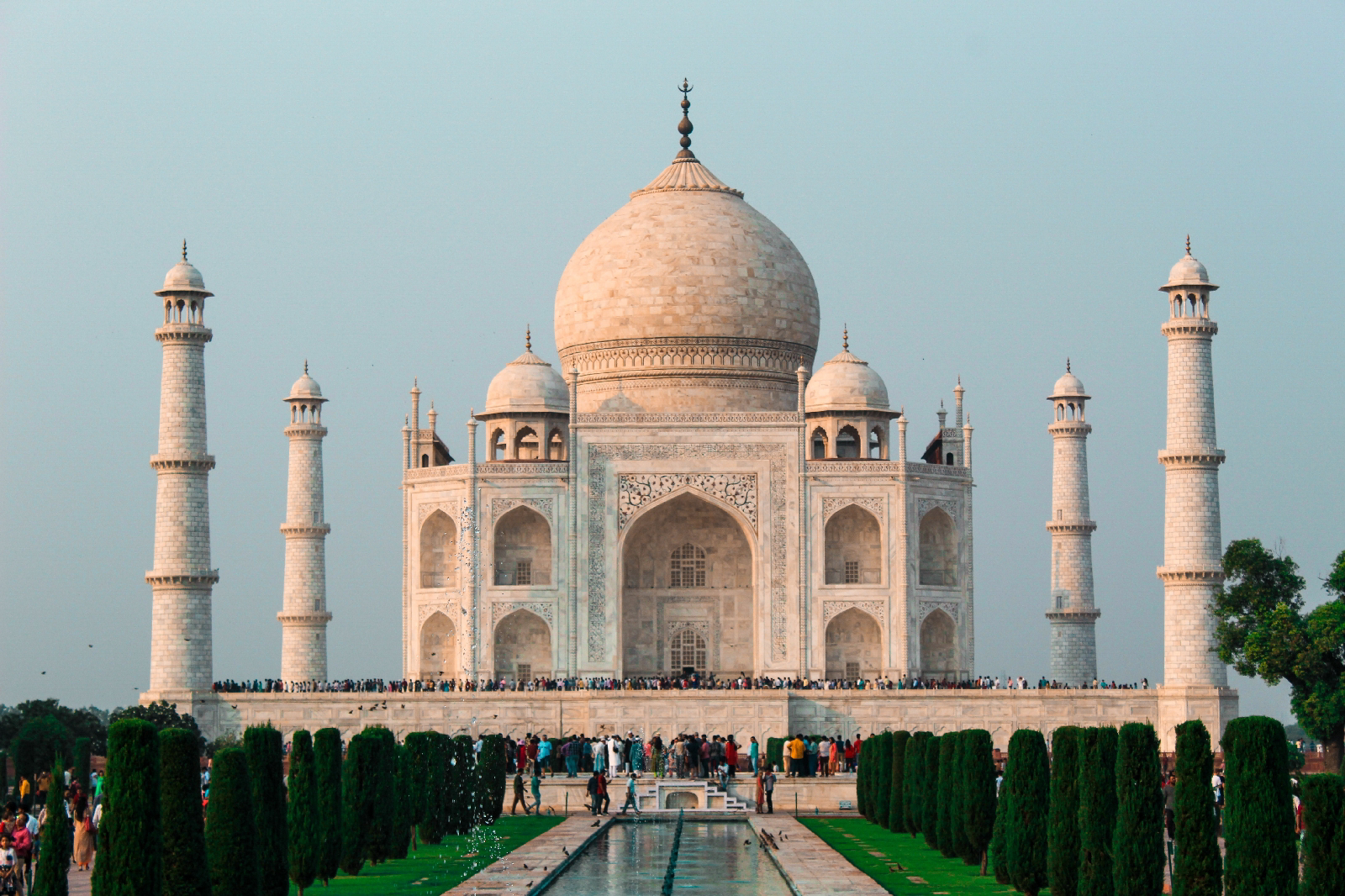 Who doesn’t know about Tajmahal? Tajmahal is one of the seven wonders of the world. It looks more beautiful than the pictures. Its architecture is beautiful and mysterious.
it has the tomb of Shahjahan himself. The tomb is the centrepiece of a 17 hectare (42-acre) complex, which includes a mosque and is set in formal gardens bounded on three sides by a strong wall with full of securities.
Tajmahal is constructed between 1631 and 1654, considered one of the best examples of Mughal architecture in the world.
Anyone can fall in love with the beautiful monument. It’s beauty never be fade. It’s really wonderful to see the pure love of Shahjahan for Mumtaj.
Personally, I love to visit Tajmahal again and again.
2. RED-FORT 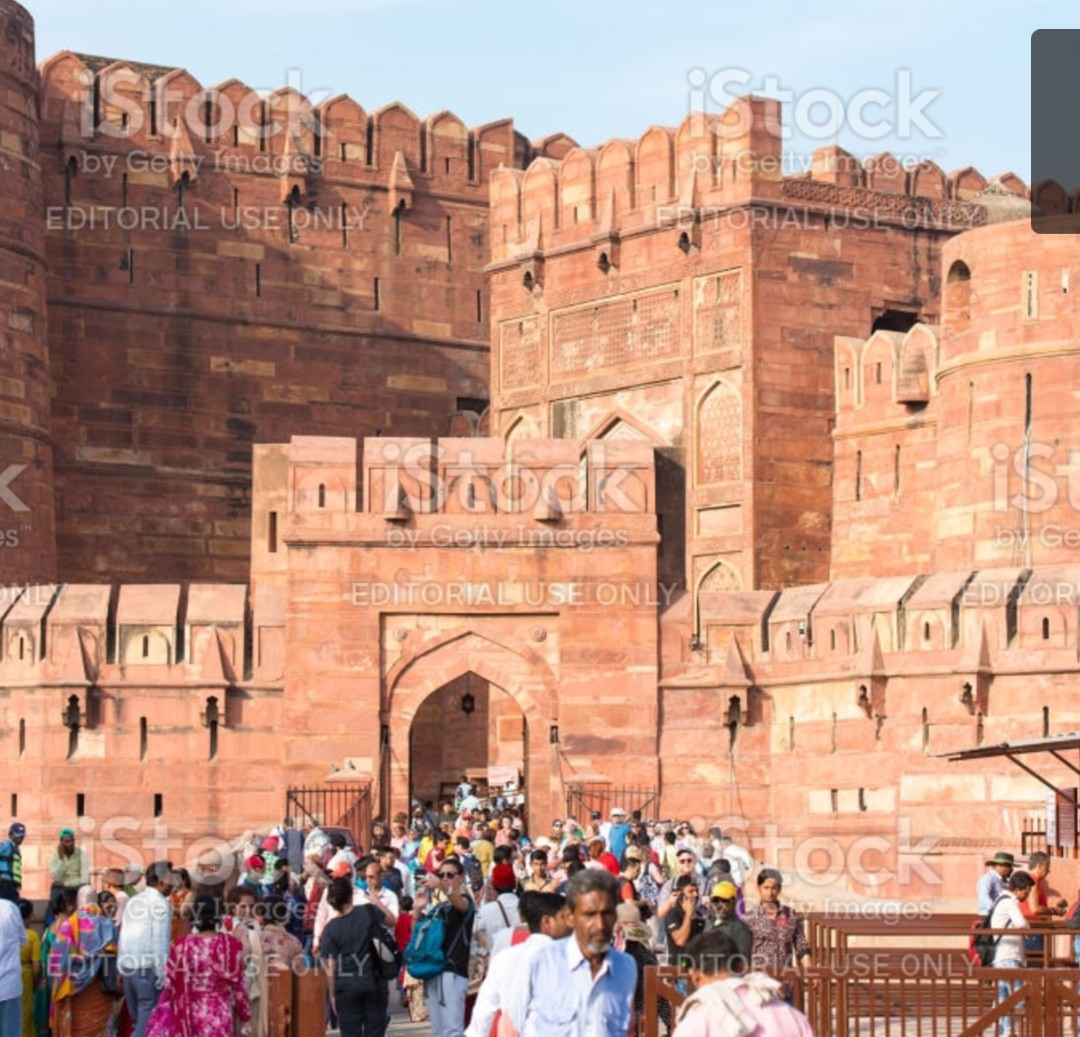 Red Fort is the historical fort in Agra city. It has been the main residence for emperors of Mughals until its capital shifted to Delhi. It has many windows and with every window, Tajmahal can be seen through. It’s the distance from Tajmahal is 2.5km.
Agra Fort is also known as the walled city considered by UNESCO World. It has many beautiful structures like
Moti Masjid
Jahangir Mahal
Macchi Bhawan
Diwan-I-Am
Diwan-I-Khass and
Khas Mahal is present inside the Agra Fort.
Grand walls are a symbol of pride and bravery. You will love to see the beautiful architecture of Red-Fort.
3.Fatehpur SIKRI 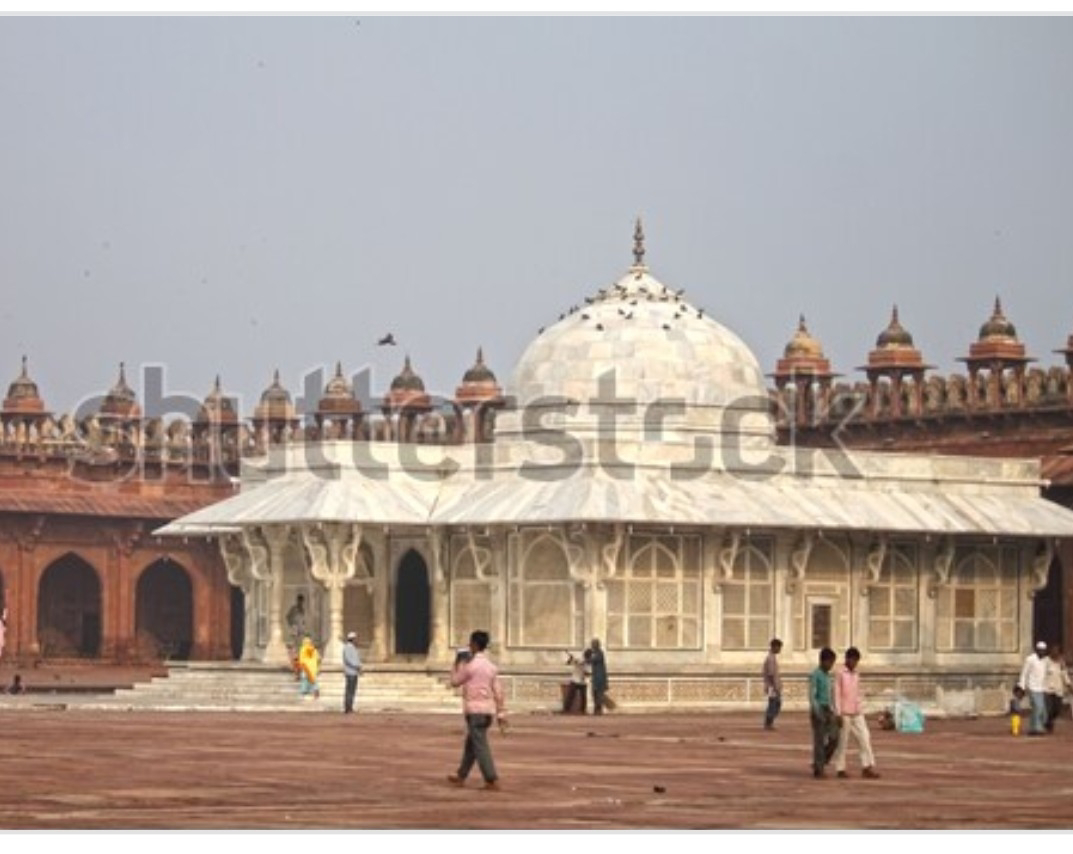 Fatehpur Sikri is made of red- sandstone by Mughal emperor Akbar. Mughal era architecture can be seen beautifully in Fatehpur Sikri also. During sunrise and sunset, its beauty can be seen. If anyone wants to see the architecture and life of Mughals, here is some fine example of their living.
Fatehpur Sikri is covered with 11 km long wall with many gates. It’s an interesting destination for tourist. Here are some main architecture of Sikri which emperor used for their living –
Diwan-I-Am
Diwan– Khana-I-Khas
Turkish Sultan’s House
The Treasury
Daulat khana-I-Khas
Place of Jodha bai
Hawa Mahal And Nagina Masjid
The Jami Masjid
Buland Darwaza
4. Akbar’s Tomb 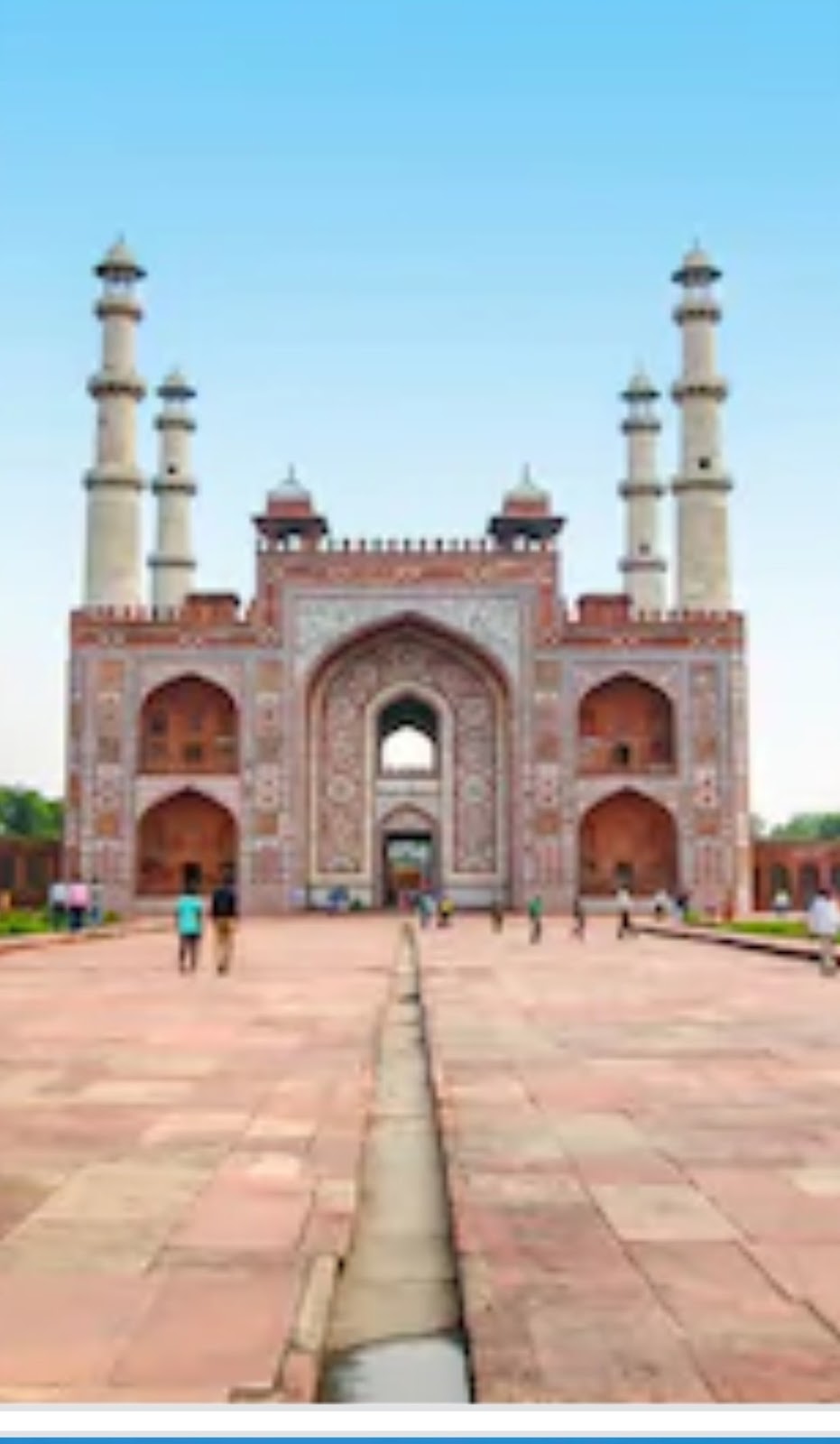 It’s the tomb of Mughal emperor Akbar. Akbar tomb is another masterpiece of Mughal architecture. Akbar’s son Jahangir built this tomb. It is situated in 119 acres of ground in Sikandra at Agra. Beauty can be seen here also in every architecture.
5. Itmad-ud-Daulah 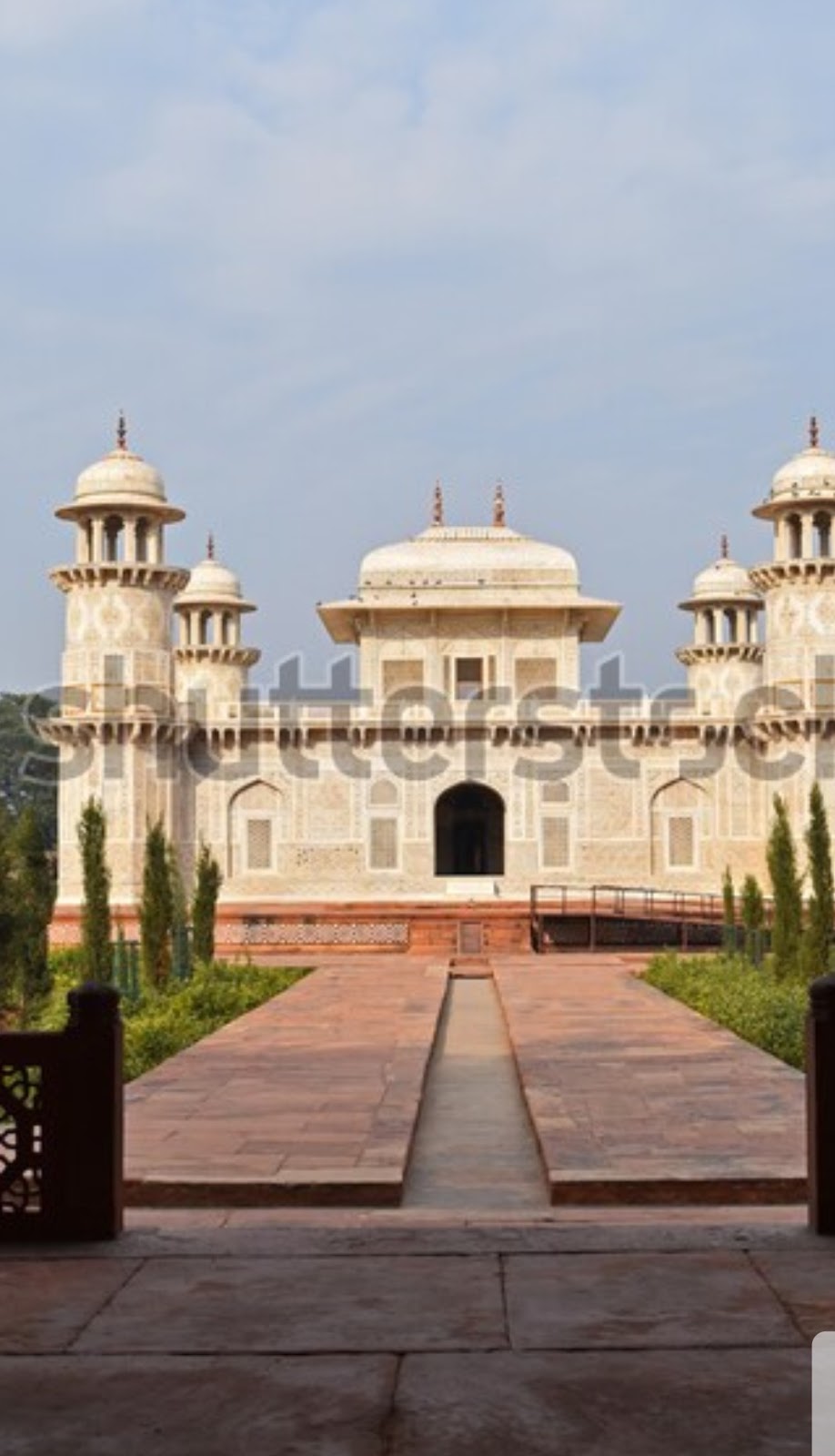 It is also known as baby Taj. Itmad-ud-daulah is regarded as a draft of Tajmahal.
It has a beautiful garden and has been the original gardening pattern. Nurjahan the wife of Jahangir has designed this garden for her father’s tomb.
The walls of the tomb are made of white marble and semi-precious stones. The tomb had some masterpiece of Mughal era architecture.
6. Dayal Bagh 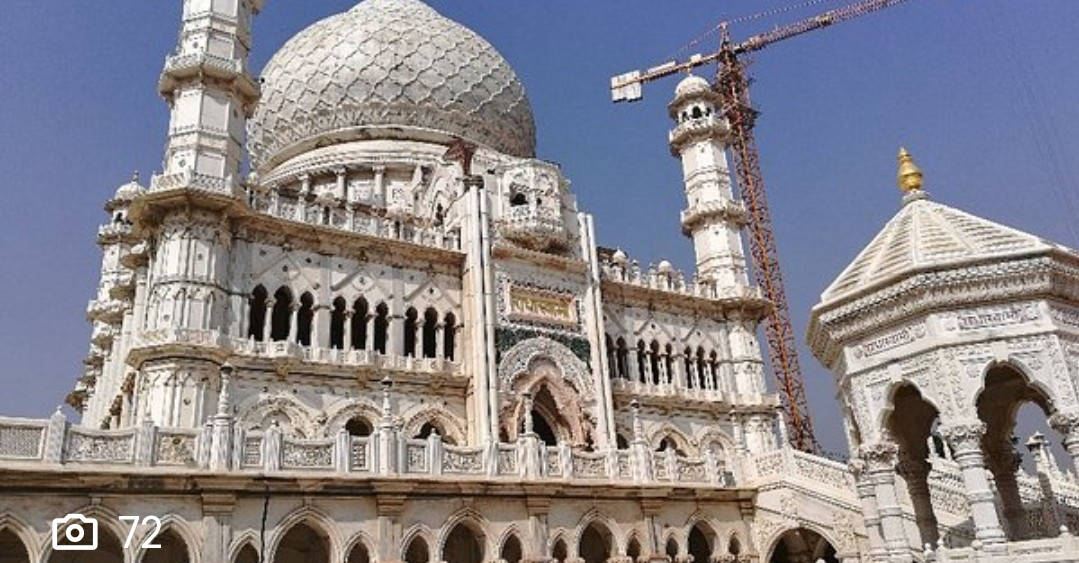 The main structure is a beautiful building of 110 in height.
The building is under construction for the last 100 years and it’s a belief that building construction should never stop.
The monument is owned by “Radha Swami” community.
This monument situated in Dayal Bagh locality, near river Yamuna.
Best time to visit – October to march
Heritage rich culture is the best part of Agra. The old city contains a lot of buildings and structures which belongs to the Mughal and British era.
If you love to reveal the history and heritage architectures then Agra is must visit the place.