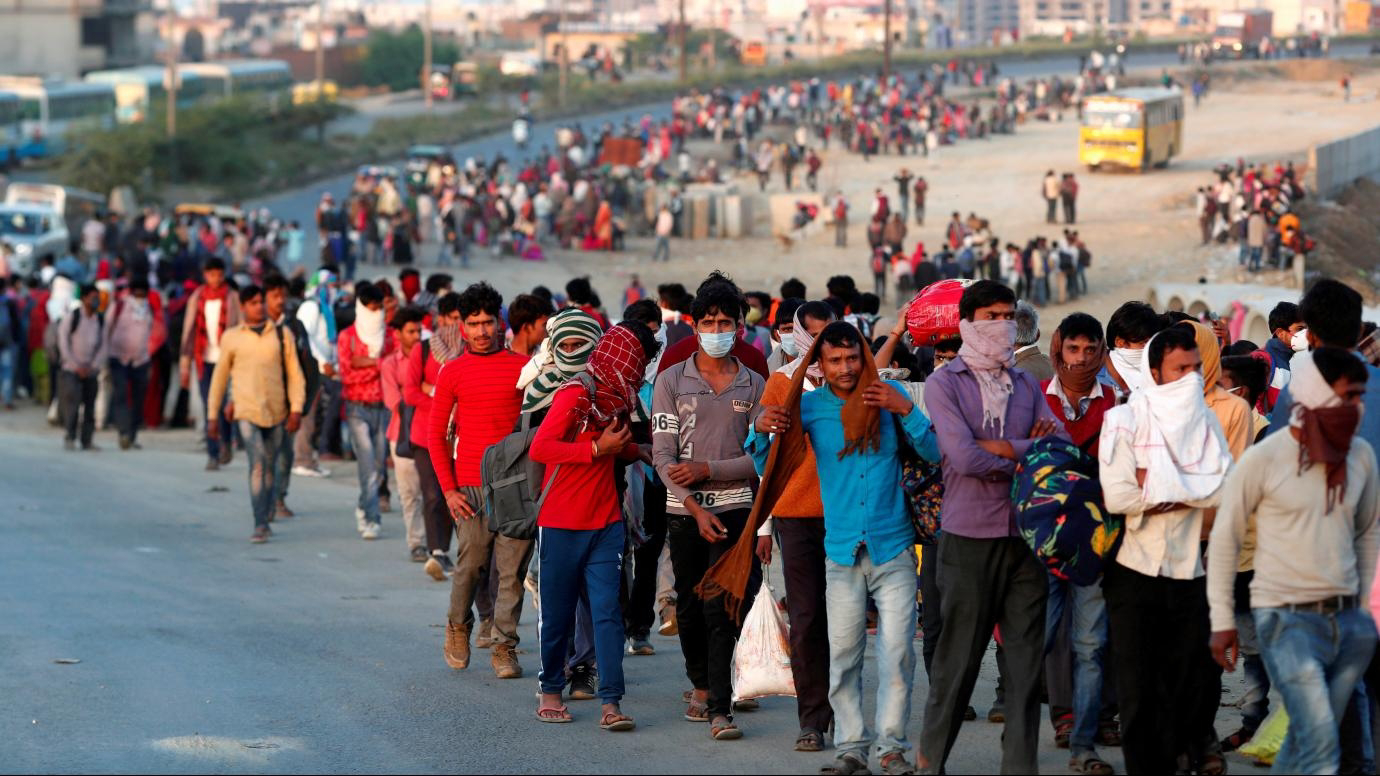 Part-2 (Pandemic and Migrant workers) :-
On 30th January 2020 first case was reported in Bharat.
Till then we were busy to tackle our regular domestic issues like unemployment, population hike, raising pollution and others.
Within two months Pandemic infection toll starts to raise rapidly.
Government of Bharat had no choice with better option to shutdown movement of citizens as this Pandemic has a pattern of spread by contact person to person.
On 23rd March 2020 our Prime Minister announced total country wise lock down preceded by one day “Janta Curfew”.
This Lock down continued for weeks and months results all most of the industries shuts down apart from emergency sectors.
This industrial shutdown raise a new and never happened Nationwide issue of life survival of labors and workers who are working in factories and workshops, because this category of citizens depends upon daily wages which arranges their food and shelter. Now totally unemployment for them, major problem was that nobody knows that for how long this situation would remain. So now this was the time for them to make a decision, to stay there and wait OR leave the place and reach to native as soon as possible.
Although Governments announced shelter and food for them but these helps were proven insufficient help for labors and workers.
Very soon labour made their decision to move from their places to their natives.
In Bharat most of the Labors belongs to UP, Bihar, Chattisgarh and these are working nationwide as Migrant Labour. For some labours this was the matter of few hundred kilometers while for others this was the matter of thousands of kilometer.
The main issue starts from here when labors realized that government’s help is insufficient and they must move to their natives “Anyhow”.
During complete lock down when no one is allowed to move on road, millions of labors starts proceed towards their natives without the will of government, without any transportation help, even  without having money and even food – water. These labors and worker starts their most unfortunate journey of their life with their kids and ladies, towards their natives by covering the distance of  thousands of kilomitars by road via WALK Only.
Unfortunately They don’t even know that will they reach to their destination safely or will die during their journey due to Starving or Pandemic.
Labors decided to move on…. Because they realized that they have to die. But they will choose “HOW”
………Continue